“Do not dwell on the former things, or the past. See I am doing a new thing! Now it springs up; do you not perceive it?” 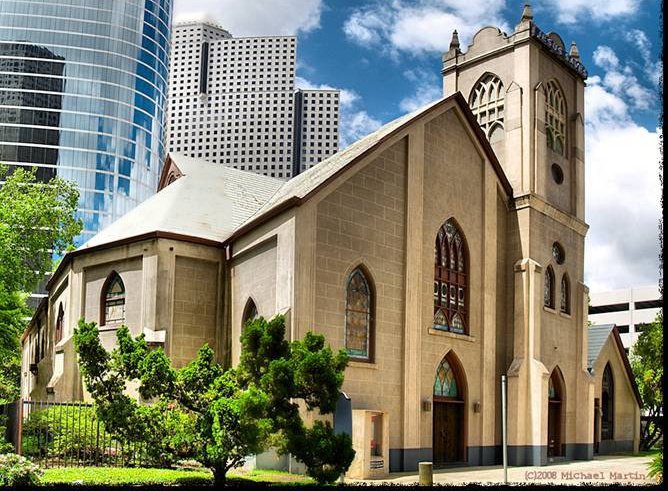 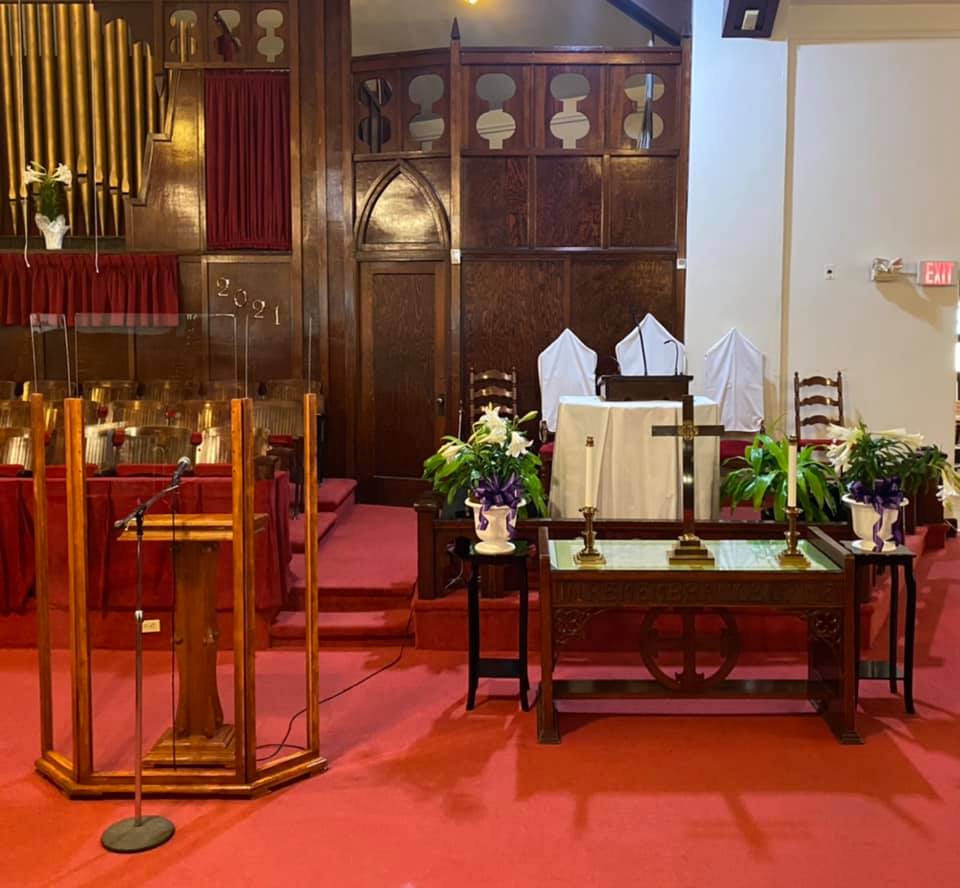 The following spring, Reverend Campbell conducted a series of revival meetings, and one hundred seventy new members were added to the church. The increased membership resulted in the construction of a large, box-house-type structure at “Baptist Hill” on the corner of Rusk and Bagby. Antioch became the site of the first association meeting organized and held among Black Baptists in Texas, in 1868. Reverend John Henry (Jack) Yates was ordained by this association in the fall of that year. Shortly thereafter, he was officially elected as the first full-time pastor of Antioch Baptist Church.

From the Board of Trustees

In January of 1866, the first African American Baptist Church in Houston was organized seven months after the abolition of slavery was announced in Galveston, Texas (on June 19, 1865).

Reverend Israel Sydney Campbell, a black minister and itinerant missionary, lead the church to erect a “Bush Arbor”, on the edge of Buffalo Bayou, under which to hold worship services. Reverend Campbell and Reverend I. Rhinehart later re-organized the church and gave it the name Antioch Baptist Church. And as membership grew, a large box-house type structure was constructed at “Baptist Hill” (located at the corner of Rusk and Bagby Street) for worship and ministry.

During the tenure of Reverend Jack Yates, the membership of Antioch Missionary Baptist Church grew more than four-fold. The box house at “Baptist Hill” could no longer accommodate the growing congregation adequately.

In 1873, a Board of Trustees, consisting of Ed Cravey, Richard Allen and Henry Dotson, was elected to purchase land and make arrangements for constructing a brick house. Two lots were purchased and deeded to the membership of Antioch while funds were subscribed from members. The cornerstone was laid on the 15th day of May in 1875. The men of the congregation hand made and laid the brick free of charge, and the women of the congregation provided free noon-day meals. Richard Allen (also, a member of the 12th Legislative session; the first Texas Legislative session in which Blacks served) served as architect for the church building.

Four years later, on the first Sunday in August 1879, the congregation marched from “Old Baptist Hill” to the new red brick church on Robin Street, which is Antioch’s present site.

The church, located in the center of Freedman’s Town, was the first brick structure in Houston to be built and owned by African Americans. At the center of activity for the African-American community, Antioch provided former slaves with opportunities to learn not only about God, but its ministries also helped them develop educationally, economically and socially.

The first educational opportunity for freed African-Americans began at Antioch. With the help of two missionaries, Rev. Yates began the Houston Baptist Academy. The Academy taught fundamentals such as: reading, writing, arithmetic, and trades; enabling men and women to start their own businesses. The Houston Baptist Academy later became Houston College, which was a forerunner of Texas Southern University. And, with the vision and support of Rev. Yates and Antioch, the first African-American College in the state of Texas began: Bishop College.

Economic development and recreational activities were also encouraged and supported at Antioch. Under Rev. Yates’ leadership, members were encouraged and assisted in buying property, owning homes and businesses. The Emancipation Park, in conjunction with Trinity Methodist Episcopal Church, was purchased for recreational activities and community celebrations, such as “Juneteenth” (the 19th of June).

The second floor of the church was added during the first part of the administration of Reverend Fredrick Lights and the south and west wings were added near the end of his tenure. Reverend Lights recommended the present semi-circle structure for the sanctuary; installed seven ceiling fans for the comfort of the congregation; and replaced a single spire with four small spires on the tower. The baptistry, pipe organ and electric lights were also installed in the sanctuary.

During the administration of Reverend Thomas Goodall, the “Old Red Brick Church” was completely remodeled. The finance room, choir room, pastor’s study and prayer room were added to the structure. Additionally, the tower was screened, lights were installed, the sign “Jesus Saves” was placed on the tower, the organ was rebuilt and a beautiful art glass window was placed in the sanctuary. Renovation of the downstairs auditorium began under the leadership of Reverend John Westbrook, and completed under Reverend Michael Williams who also added speakers and microphones in the sanctuary.

The Gothic features of Antioch Missionary Baptist Church, with pointed arch windows and doors, have been nationally acclaimed. And, today’s members still worship in the sanctuary’s original handmade pews.

Amidst the skyscrapers of Houston, Antioch Missionary Baptist Church continues to serve the needs of her people and community, proudly proclaiming the message: Jesus Saves.